Earlier in the week I got the opportunity to test drive the new all-electric BMW i3 car. Being a Google Glass Explorer, I thought I'd give it a spin via Glass. And hey, driving with Glass in California is OK! 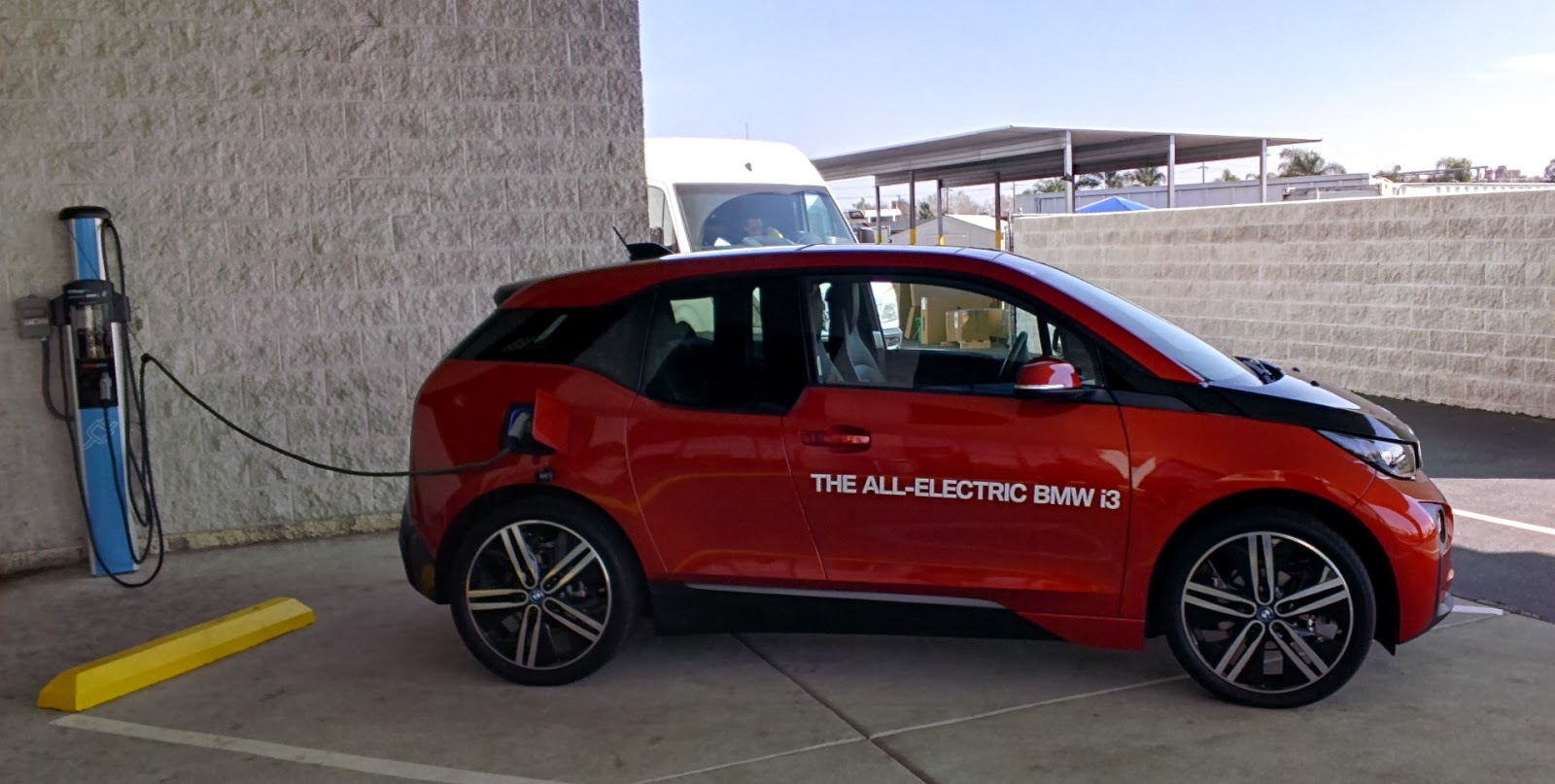 I love the BMW 3 series having owned three of them and currently I drive a 2012 328i. So I am partial to BMW's driving machines, but I must admit the i3 takes a little getting used to one first sight. The hood/bonnet is all but gone and the i3 is taller and shorter than the 3 series. It looks stubby!

But when I read about the total redesign, that is is not just a standard BMW powered by electricity but an entirely new platform where nothing is added unless it makes sense, I warmed to the car. There is no hood because there is no engine! It is shorter to reduce weight, but the inside is roomier because they can use space freed up from the transmission and other components needed by a gas-powered car. The seats do not have power adjust because that just draws too much energy. And how often do you adjust your seat anyway?

The body is carbon fiber with the fibers coming from actual plants (Kenaf) so the body parts are "glued" together to make for a stronger frame that's light. The tires are skinny, akin to a motorcycle for less drag and friction. The famous BMW "kidney grill" is there, but it is no longer a grill because there is no engine to air cool.

While the sales guy was driving us out of the lot, I took this short video using Glass. The most interesting part of the video is the sound, or lack of it. This is one quiet car!

Looks and design aside, I was convinced that this was a car of the future when I sat in it and drove. It has a BMW feel, handling well on curves, allowing you to feel the road, and gives a pleasurable driving experience familiar to all BMWs. Since it is electric there are no gears so acceleration is smoother than my 328i and the car can zip around streets and other cars nimbly.

The regenerative breaking is aggressive, so you almost never have to use the brake to stop. In fact, I only used it once and that was to test! Pulling into a parking space or up to a stop sign you just decelerate and the car will gracefully come to a standstill. This aspect takes a bit of getting used to as the car feels "sticky" because there is a lot less coasting. On thinking about that, at first is is "odd", but I feel it makes for a better over all driving experience. The change is like the change between old computer applications where you had to save files on purpose or click "OK" to confirm something where as most modern apps just auto save for you and check box settings are simply applied. With the i3 driving is simpler and you can communicate with the road directly. 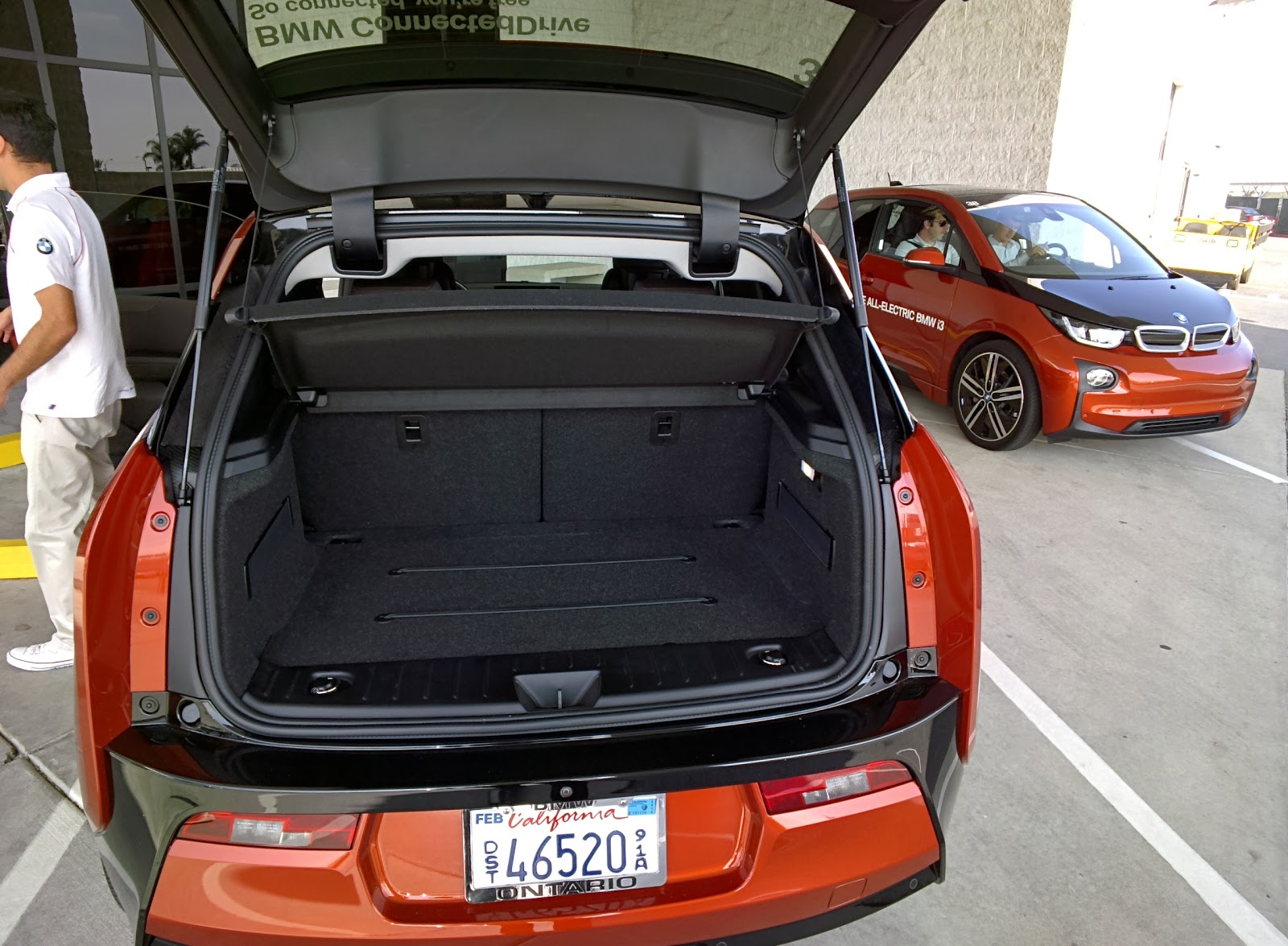 I like the i3 and am considering getting one. For me, the range is fine and the driving is fun. Will it replace my 328i? Well, we are keeping that but getting rid of the older SUV in favor of a car that can carry some home improvement supplies, save some cash on gas, and help be kinder to our Mother Earth.
Posted by Scott Lawrence Lawson at 5:17 PM