The Technology of Desire

There is a quote I like from the movie, "Amadeus" where Mozart is trying on wig after wig and after seeing three of the samples on he exclaims "Why don't I have three heads!". The technology subject of the scene was the 'wearables' of the 18th century and that advanced wig design was all about fashion and prestige. Not too different from our jeweled device cases or electric cars. On this last point, I am susceptible and in love! 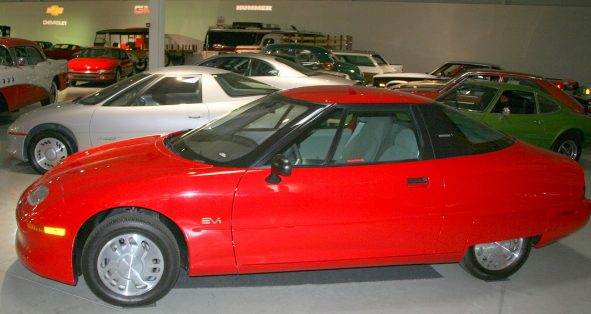 I have wanted an 100% electric car for 20 years, since the EV1 from GM was heralded as the first of many. I remember test driving it and lamenting that the lease was wholly out of range on my salary . . . with kids and a sizable mortgage. Fast forward to 2011 and the 100% electric Nissan LEAF arrives on the scene, but its a wig I just don't like. Designed for the family and looking like a weird creature, I just did not have the desire for that technology. I have been a BMW owner since 2000 (with a brief gap in an old Mitsubishi Eclipse while buying a house!) and I needed a car to peak my desire before jumping into the all-electric technology. I knew hybrids were abundant, but to my mind, unless you switch over to an entirely new way of powering your mobility, its just not that interesting.

I equate that to personal cloud computing. I write this post on a Chromebook, using no MS software, no local storage, and no save button. When you can't install old technology (like gas in the BMW i3) and you force yourself to save content to the cloud, you work differently and think differently. So my i3 BMW battery electric vehicle (BEV) is on its way from Germany and I have followed the making and shipping of it all the way. Yesterday it made its way through the Panama Canal and with cloud technology I can track the ship real-time on maps and webcams has it threads through that 19th century technological wonder.
I know webcams and GPS is not new, but my use of them is purely voyeuristic and born of desire. Since ordering this car, I have communicated with people all over the world via my own little mapping project; learned a great deal about amps, volts, and resistance; and forced myself to use cloud-based image editing tools discovering that they are now quite capable and can replace all of my need for those old ones I have installed on my old Windows laptop.

As evidence of that, and evidence of my 21st century impatience, I have followed the car for weeks and it slowly made its way out of the English Channel, across the open Atlantic and pulled into the Panama Canal on the vehicle carrier ship the Metis Leader.

I am not normally a stalker, but the combination of 20 years of desire and the ubiquity of information urged me to make screen captures of the various webcams online in the Canal. I made a short video out of them as the ship with my engineering wonder of a car went through the engineering marvel of a transportation route.

In the end this is all about transport: electricity moving me on the road, water moving cargo around the world, and technology transporting me to heights of geeky desire I have previously not known!
Posted by Scott Lawrence Lawson at 11:07 AM